It’s a new week and that means a new artist brought to you from us here at Canvas Giclee Printing.  Today’s artist is  Robyn Joy Chapman, a wonderful contemporary artist we think you’ll love just as much as us. Robyn Joy Chapman was born in Sydney, Australia in 1950. She studied fine art at East Sydney Technical College and began her career as a photographic airbrush artist in the 60’s, receiving many commissions from prominent photographic organizations in Sydney. After the introduction of digital retouching, her profession as an airbrush artist gave way to computers so she turned to contemporary art, a passion she had since her teenage years. Robyn has had many highly successful shows in Sydney, Australia, and has sold her distinctly original and colorful paintings throughout Australia, New Zealand,United Kingdom, Europe, Canada and the U.S.A. She has also been very successful selling art on eBay, winning eBay’s Artists Choice Award 2006 and 2005 for her seascapes. She has also won awards for her floral paintings in Wilmington, NC. Most recent award was in 2010 for the Azalea Festival Spring Art Show, where she won the “Past Presidents Award” for her magnolia painting. 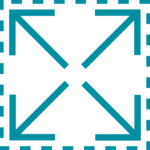